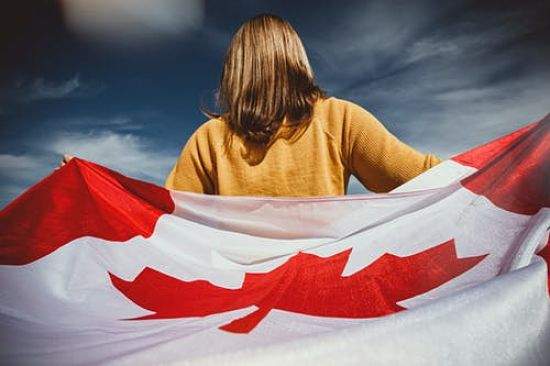 Year 2020 brings with it a change and twist to Canadian immigration policies. Always a progressive country, the Minister of Immigration, Marco Mendicino announced a new immigration policy  – the Municipal Nominee Program – on January 2 2020.

The current target for the government is to bring in a minimum of 5,000 immigrants per year. The policy also reduced the amount of time an individual has to be physically present in Canada from five years to three and as a bonus the $630 fee to apply for citizenship will be waived for permanent residents.

While there is no set date on when the new policy will be rolled out, it is anticipated to happen sometime in the coming year. But it’s not simply a matter of bringing them in, the new policy is doing something a little different. Rather than having new immigrants settle anywhere in Canada, for the first time communities will be allowed to pick immigrants based on their labour and workforce needs.

(They can) draw on local experiences, expertise, capacities to understand where are the labour shortages, where are the economic opportunities and how that information can help us select individuals who wish to come to Canada to ply their trade, to fulfil their opportunity.

So what does this mean? Basically, smaller communities, which may not be an immigrant’s first choice will be afforded the chance to make themselves more attractive to newcomers. And for the new immigrant, the program gives them motivation and helps ensures their skills will be recognized, they will be gainfully employed and have the means to support themselves. This in turn should reduce the number of people who depend on social assistance and help deal with over population in cities like Toronto, Vancouver or Montreal where it may be more difficult to find a job or affordable housing. The Municipal Nominee Program seems to be a win-win situation for the community, the immigrant and Canada as a whole.

In addition to this new plan, Prime Minister Trudeau is also hoping to attract an additional one million new immigrants into Canada over a span of three years. Canada is a vast country with a population of only 38 million people. This might seem like a big number or a lot of people but when compared to a country roughly the same size such as the United States (population 327.2 million) or a much smaller one like China (1.386 billion people) it becomes abundantly clear Canada is very under populated and it is worrying the government.

The Conference Board of Canada has stated that within the next decade, over 9 million Canadians will be old enough to retire and unfortunately Canadians are simply not reproducing enough to fill that void or those vacancies. So when Canada considers the country’s low birth rates and it’s ageing population the government is faced with a tough question … as the population shrinks, who will take over?

By welcoming an additional million immigrants, Prime Minister Trudeau is hoping solve this problem and fill the void.

Always changing and evolving with the demands of a progressive society, exciting and innovative changes are ahead in Canadian immigration policies. For anyone who has been thinking of maybe applying or making a move to Canada, the time to act is now! Multiple different options and avenues are open to you, to find out what makes the most sense for you, seek advice from an RCIC consultant.

Immigration to Canada PNP
Get started on the Road to Permanent Residence
Sign up to our newsletter to receive our PR Roadmap delivered straight to your inbox, along with the latest immigration news!
Share
Facebook-f Twitter Linkedin-in Pinterest-p Reddit-alien Envelope

The child of immigrant parents, I came to Canada when I was just five years old. I used to volunteer at an immigration resource centre and now work for the Canadian Federal Government. Writing is my passion and I hope my words can provide some help to a new immigrant or someone considering a move to Canada.

Immigrating to Canada as a Pilot – Your Complete Guide for 2022

Learn more about how you can immigrate to Canada as a pilot. In the article below you can find all the information you need to start your application process!

Not sure which RCICs to trust? We’ve done the research for you. Check out our list of expertly reviewed consultants below.

Big, diverse, and welcoming Vancouver is one of the most livable cities in Canada. Learn more about why moving to Vancouver could be a good idea.

What is the Quebec Skilled Worker Program (QSWP)?

Immigrant skilled workers have been preferring Quebec as the destination for quite some time now. In the article you will find out what can qualify you to become a professional working there.

Canada PR Points Calculator: Are You Eligible for a Canadian Visa?

The PR calculator is a tool that is used to assess eligibility for immigration to Canada. Read on to find out how it works.

The possibilities are endless when it comes to finding study programs in Canada for international students. Keep reading to learn more about one of Canada's best universities - Fairleigh Dickinson University.