The possibilities are endless when it comes to finding study programs in Canada for international students. Keep reading to learn more about one of Canada's best universities - Fairleigh Dickinson University. 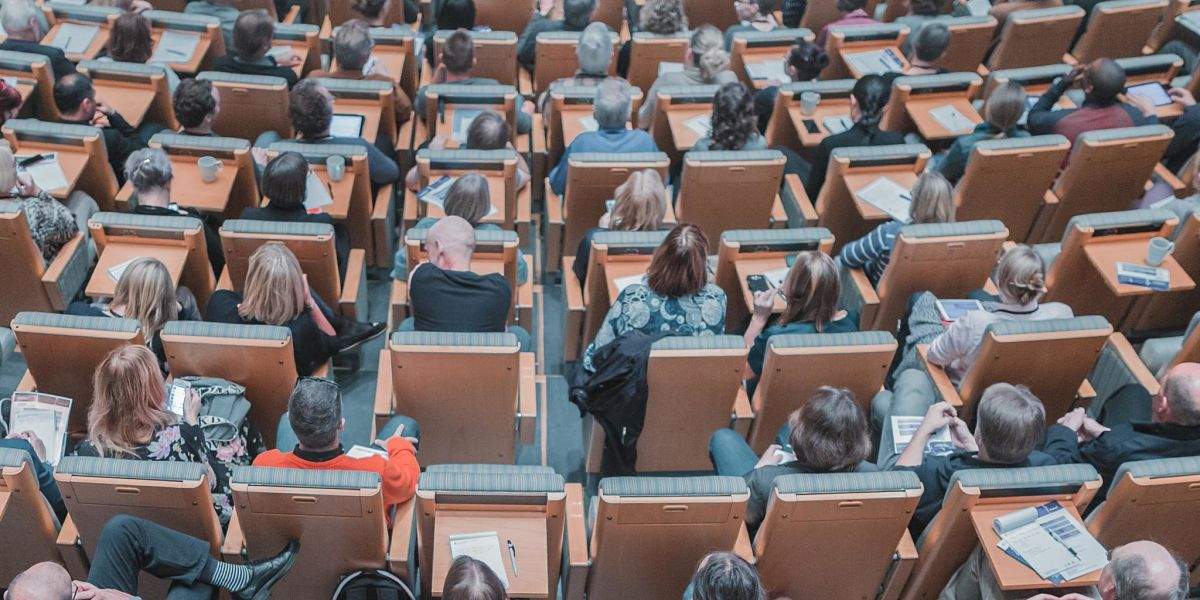 With several world-class universities and a standard public schooling system, Canada presents prospective students with a wide array of programs to ensure an optimum learning experience. The student grants and international scholarships are also options that can benefit students.

Fairleigh Dickinson University has five campuses located in England, U.S., Canada, Vancouver, and British Colombia. The newest FDU campus was started in 2007 and allowed students to earn an American degree. FDU host over 12,000 students and focuses on preparing students for the global world by implementing an educational system that promotes ideas and culture.

It is the largest private university in New Jersey and is a not-for-profit, nonsectarian, multi-campus Institution.

FDU was founded in 1942, achieved four-year status in 1948, and later got approved as a university in 1956. The University offers more than 100 undergraduate and graduate degree programs, including doctoral programs in pharmacy, nursing practice, clinical psychology, and school psychology. The school also provides an AACSB- accredited business school to students interested in that career path.

The degree programs of the University are made available on two New Jersey campuses, and at two other FDU locations outside the U.S., These locations are Wroxton College, in Oxfordshire in England, and the Vancouver Campus, in British Columbia, Canada.

The institution offers a flexible teaching schedule, which includes classes in the day, evening, and weekends to meet the needs of over 12,000 students pursuing different career programs.

Study in Fairleigh Dickinson University as an International student

A center of academic excellence, Fairleigh Dickinson University is ranked as one of the best universities in Canada for international students. International students strive for a spot at FDU and with good reason, the institution is dedicated to the preparation of world citizens through global education and aims to provide their students with multidisciplinary education.

FDU hosts over 1,100 students every year from 70 countries around the world.

The application process is completed online. Interested students must first ensure they meet all the program criteria and requirements.

Prospective students must prepare their application package by gathering all the required documents and transcripts. Students are required to submit two recommendation letters and a copy of their IELTS or TOEFL test results.

When the application package is complete, a $100USD application fee must be paid before it can be submitted. After submission, students will receive a confirmation email.

Once the application is reviewed, the final decision will be communicated on the applicant’s account.

While tuition fees varies from program to program, FDU estimates the approximate cost for an undergraduate, full-time student is around $51,000 per year. Tuition fees, books and medical insurance is estimated at around $37,000 while living expenses are expected to be around $14,000.

Tuition fees can be paid in one shot or can be made through a payment plan of four installments.

A range of merit scholarships are awarded to international undergraduate students. For example, the FDU International Scholarship (up to $24,000 award), which is based purely on academic merit or the Global Housing Grant of $3,000.

With virtual classrooms, financial help and a stellar reputation, FDU is a top-notch choice for international students.

The University was founded in 1942 by Dr. Peter Sammartino and his wife, Sylvia. Today the University has grown into the most significant private institution in New Jersey, with over 12,000 students from 72 countries enrolled in the school’s four different campuses.

The school launched as a two-year junior college but grew into a four-year curriculum in 1948 in a bid to fill the need for higher education in northern New Jersey. In 1954, the first graduate course, a master’s degree in business administration, was launched by the school. In that same year, Bergen Junior College was purchased to serve as a second campus, later named as Metropolitan Campus.

Fairleigh Dickinson gained university status in 1956, and in 1957 the school purchased the 178-acre Vanderbilt-Twombly estate in Madison to serve as a third campus. Today it is known as the Florham Campus.

FDU became the first American University to own a campus in England when it bought Wroxton College from Trinity College, Oxford University. The Wroxton College opened in 1965 and offered American students graduate and undergraduate programs as a quality cultural experience. Wroxton College, which was formerly a 13th-century monastery, has now been modified into a beautiful mansion.

In 1998, the University’s Petrocelli College of Continuing Studies (formerly New College of General and Continuing Studies) was created to provide a unified and focused approach to the educational needs of the adult learner. Today FDU is seen as a leader in the provision of learning opportunities to students of all ages. In 2007, FDU launched undergraduate classes at a center in Vancouver, British Columbia, Canada.

Today, FDU offers more than 100 degree programs at all levels, including associate, baccalaureate, masters, and doctorate.

The FDU operates four campuses, two New Jersey campuses and two other FDU locations outside the U.S. The University also has other extension sites throughout New Jersey, and partner institutions.

Fairleigh Dickinson University has a WebCampus that allows students to access their classes individually. In this “virtual” classroom setting, students can see announcements and homework assignments that have been posted by their professor, access their classroom documents, course material and even grades.

Through the WebCampus, students can submit and post their completed assignments, interact with their classmates and contact them and their professor via email.

In short, the FDU WebCampus enables students to attend classes and do all the things they would do in a physical classroom setting without actually needing to be physically present. With the pandemic raging around the world, virtual classrooms have become the norm rather than the exception.

The Campus is in Morris County, New Jersey, bridging the towns of Florham Park and Madison. The campus is built on a former county estate of early 20th century socialites Florence Vanderbilt and Hamilton Twombly. FDU purchased the 178 acres space in 1958 and named Florham, which is a contraction of the first name of the couple. There are over 2,500 undergraduates and 900 graduate students who attend the Florham campus of FDU, with a minority student population of just about 15%.

Florham campus is primarily residential and aided by an active student life program.

The campus bridges the residential communities of Teaneck and Hackensack. It is a relaxed suburban area, just 10 miles from New York City. The campus hosts a diverse student population, with a third of its population minority or international students from all over the U.S. and over 71 nations.

There are over 4,000 undergraduate and 2,350 graduate students attending the Metropolitan Campus.

The University’s newest campus opened in 2007 in Vancouver, British Columbia. It is in Western Canada close to the U.S. border. The campus offers students the rare opportunity to earn an American degree while studying in Canada.

All degree programs offered in the Vancouver Campus have authorization from the British Columbia Ministry of Advanced Education.

The Wroxton Campus is set in the rural center of England and offers a peaceful environment for learning amid the beautiful countryside of lush lawns, lakes, gardens, and woodland.

The college provides its students with a wide range of degree programs in a culturally rich environment, thereby giving a wholesome learning experience to students of diverse ethnicities.

Colleges and Universities in Canada Immigration for Graduates Study in Canada
Get started on the Road to Permanent Residence
Sign up to our newsletter to receive our PR Roadmap delivered straight to your inbox, along with the latest immigration news!
Share
Facebook-f Twitter Linkedin-in Pinterest-p Reddit-alien Envelope

People all over the world consider Canada a great immigration option. Here we expand on why Canada could be a destination of choice for Chinese citizens and how they may plan the move.

Tech & IT Jobs for Immigrants in Canada

In this article, you’ll learn everything about IT jobs in Canada for foreigners, as well as the process of finding a job in Canada as an immigrant.

Canada Citizenship Immigration Services (CIS) is a private consultancy that offers immigration services for those who want to move to Canada. After extensive research and based on the opinions of users, we have concluded that Canada CIS is an acceptable choice. In the review below you will find detailed information, including pros, cons, and possible red flags.

Just like Canada, Denmark is a wonderful place to live in and it is considered to be a first-world country. And still,  every year thousands of Danes migrate to Canada from Denmark in search of something more.

A lot of people from across the world see Canada as a great immigration destination. Here we expand on why Canada could be a destination of choice for Indians and how they may plan the move.

Grace Wilson
48 views
From US

Yes, more people than ever are heading to Canada from the U.S. and specific counts indicate that since the election, around 2k more are becoming Canadian citizens. It is what one Canadian news outlet called a “modest uptick” in migration?

If you are a Czech Republic national in need of a change of scenery, Canada has something accessible to offer.

The family sponsorship program allows you (as a Canadian citizen or permanent resident) to sponsor a family member as long as certain conditions are meant. This can be a spouse, a parent, grandparent, a nephew, niece, aunt, uncle etc.

Immigrate to Canada as a Skilled Worker in 2022 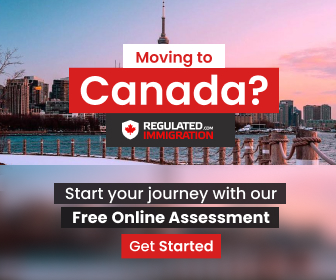