Thinking of Moving to Canada? Welcome to Calgary!
Skip to content 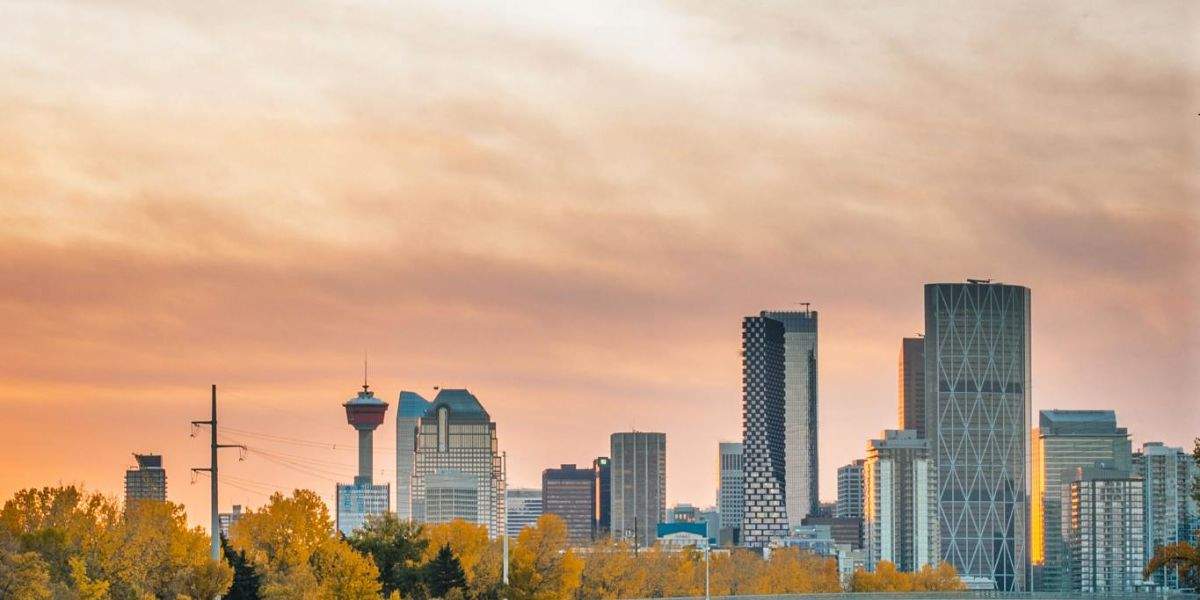 The prairie city of Calgary is all about sunshine and dramatic landscapes. It is often referred to as the ‘Gateway to the Rocky Mountains’.  This is because the mountains provide a stunning backdrop and keep the city grounded and connected to nature.

Calgary is Alberta’s largest city and enjoys a lovely spot just east to these Rocky Mountains, at the meeting point of Bow and Elbow Rivers. It serves as one of the major urban centers of the southern half province of Alberta. The best part about living in Calgary is its closeness to unspoiled and profound, rich natural landscapes along with an urban city vibe and ‘can-do’ attitude.

If you are planning to immigrate and settle in Calgary, here’s everything you need to know about this beautiful city. Connecting with an RCIC might help with a smoother more pleasant application process.

Moving to Calgary is reasonable money-wise. The economy of Calgary has rebounded since the recession and is steadily growing since the 7% growth in 2017. Alberta has a big share of the oil industry in Canada, second only to Saudi Arabia’s reserves, making it one of the wealthiest cities of the country. The job opportunities are largely focused on agriculture, the petroleum industry and tourism. In fact, most petroleum industries of Canada have their headquarters in the city. Calgary has a very business-friendly environment that’s ideal for budding entrepreneurs, and also offers good investment opportunities for businessmen.

Although the highest paying jobs in Calgary are related to its oil industry, many other areas such as universities, schools and government sectors offer reasonable salaries to employees. There has been an increase in manufacturing and construction jobs as of 2018 as well. Calgary maintains high standards of healthcare and the public finances are quite healthy too.

As mentioned above, Calgary holds a lot of natural beauty. The marvellous mountainous backdrop and abundant grasslands are worth exploring and could be a considerable reason in itself for moving to Calgary.

The city also has a lot to offer in terms of entertainment. Calgary has a selection of top-class music venues and theatres. These include the Theatre Calgary, Jack Singer Concert Hall, Alberta Theatre Projects, Glen bow Museum and Jack Singer Concert Hall. Country music is the most prominent genre in the city, with some of the radio stations purely dedicated to it, including Country 105 and Wild 953.

You’ll also be delighted to explore the ‘Cowboy’ traditions of the city. Alberta somewhat serves the role of Texas in Canada, where Calgary holds the exciting Calgary Stampede every year in July. It is known as the ‘Greatest Outdoor Show on Earth’ and includes thrilling festivities and talented cowboys showcasing their skills. There are also skiing opportunities along with other winter sports, and the lovely town of Banff is just a 90-minute drive.

Calgary is quite an intriguing city. Here are some special facts about the lively and diverse city that will definitely catch your interest.

Why Immigrate to Calgary?

There’s never a dull moment in the ethnically diverse and friendly city of Alberta. The open spaces, fresh air, wide pathways and lovely parks overlooking rivers and mountains make it a beautiful place to live in. Besides the pleasant and favourable geography, Calgary also allows young and budding artists and entrepreneurs to build a new life, turn their dreams into realities and explore their creativity.

When moving to Calgary, you may expect to get some help in getting around and settling. Several organizations are there to support new immigrants and make them feel at home. Agencies like Immigration Alberta (or the French version – Bonjour Alberta), Calgary Catholic Immigration Society and Directions for Immigrants – Bow Valley College, provide employment and education support as well as settlement services to new immigrants. Skill Assessment services allow workers to expand their careers and take new chances in the city. With a multicultural and welcoming environment as well as ample chances of economic growth, it doesn’t take long to feel at home and build a new life in Calgary.

Ready to Begin Your Journey to Canada?
Book a free consultation with our certified immigration consultants today

Calgary is a multicultural city, accommodating more immigrants than any other city in Alberta. When walking through virtually any neighbourhood, you can come across people from different walks of life who immigrated to Calgary for a better life for themselves and their families. The city of Calgary is also a dominant choice for ‘second movers’ – meaning immigrants in Canada looking to relocate.

Depending on your eligibility and purpose of immigration, here are some of the immigration options to opt for in the province of Alberta.

This is an economic immigrant program. It nominates people to get permanent residency (PR) in Alberta. These nominees are selected based on their abilities and skills to fill in the job posts required in Alberta. The government of Alberta performs these programs in cooperation with the federal government. The available streams are Alberta Express Entry Stream, Alberta Opportunity Stream and the Self-Employed farmer Stream.

Express entry is the most common mode of immigration for PR applicants for Calgary and any other place in Canada. It is run by IRCC and the candidates are scored via a strict ranking system. Applying for Alberta through express entry depends on your strong ties to Alberta, or eligibility to support the economic development of Alberta’s government.

See You in Calgary

Wherever you decide to settle, it can be a big decision and you may have a lot of questions or be unsure of where to start and what to do, so consider getting advice or guidance from an RCIC agent.

Canada2036 is here to help you in every manner possible!

Immigration to Alberta Move to Calgary
Get started on the Road to Permanent Residence
Sign up to our newsletter to receive our PR Roadmap delivered straight to your inbox, along with the latest immigration news!
Share
Facebook-f Twitter Linkedin-in Pinterest-p Reddit-alien Envelope

Sidrah is a writer and a dentist who moved to Canada in 2017. Currently, she resides in Calgary with her husband and son. Although she isn't a big fan of frost and snowstorms, she has come to love her new hometown and poutine.

How to Avoid Canada Immigration Frauds

Afraid of fraud and scams? Leard how to avoid Canada immigration frauds and scams, and find some useful tips that will help you hire a legit and trusted RCIC agent.

Canadian Immigration for Chefs – Your Complete Guide for 2022

Given Canada’s extremely diverse population, there is a high demand for cooks with experience in foreign cuisines, especially as the number of immigrants continues to rise. If you’ve always dreamed of immigrating to Canada as a chef, this could be the golden ticket you’ve been waiting for.

What language test do you need for immigration to Canada? Here is our guide to learn about the differences and make the choice.

Canada Citizenship Immigration Services (CIS) is a private consultancy that offers immigration services for those who want to move to Canada. After extensive research and based on the opinions of users, we have concluded that Canada CIS is an acceptable choice. In the review below you will find detailed information, including pros, cons, and possible red flags.

Just like Canada, New Zealand is a wonderful place to live in and it is considered to be a first-world country. And still,  every year thousands of Kiwis migrate to Canada from New Zealand in search of something more.

Canadian Immigration for Teachers – Your Complete Guide for 2022

Canada is welcoming new teachers, the immigration process being decently simple for those interested. Furthermore, the candidates are offered amazing opportunities such as immigration programs. The article extends clearly on what steps should be taken by professionals in order for them to become teachers in Canada and where they can find even further information.

Newfoundland and Labrador Provincial Nominee Program, or NLPNP, is a program designed for graduates, workers, entrepreneurs, and simply anyone who wants to become a resident of this province. Keep reading to find out how this program works.