Home » Immigration » Study » My Canadian Story: Moving to Canada as a Student
Study

My journey to Canada as an international student didn’t start and end in a day. Many things happened from the time I first made the decision to go to the time I got my study visa and actually traveled to Canada. This article will take you on the journey of how I obtained my Canadian student visa in Nigeria and eventually became a permanent resident of Canada.

In 2006, I finished my secondary (high school) education and, just like many Nigerians, I began writing the exams required to gain admission to a higher institution. At my secondary school, we wrote the SAT and IELTS along with the SSCE exam.

When there was a three-day warning strike later that year, followed by a three-month suspension of activities in 2007, my parents and I had to rethink our plans. Another factor that convinced my parents to encourage me to make a change was the news that 3 of my cousins would be traveling abroad to complete their tertiary education. Private schools were also an option for me, but their standards weren’t up to those set by foreign educational institutions. That’s why I decided to apply for a visa to study overseas.

The first step was to do some research on how to secure a visa and which country was the best place for me. My parents finally concluded that they would send me to Canada to study in one of their higher institutions.

We read that Canada had some of the best universities around the world, and we discovered that they are also very accommodating to immigrants. We also learned that the cost of living in the country is fairly reasonable.

We also discovered how harsh the weather can get. However, I decided that it was worth braving the winters to receive the benefit of a good education, especially in a country where there are no disturbances in the academic calendar . This decision led to the next one, which was what kind of visa I would need and how I would go about getting it.

Our research uncovered the student visa. We decided that it was the key to getting me into Canada to have a peaceful, uninterrupted education. But there was still one final question: how would I go about getting a student visa?

At this stage, we decided it was best to talk to someone who had gone through this process before. I mentioned earlier that some of my friends had already gotten the visa and moved to Canada , so these were the people we spoke with.

Based on these discussions, my father was able to get the number of some agencies that help with the student visa process. These agencies help students to apply to the schools of their choice. Using them has a significant advantage because the agents have a lot of experience when it comes to assisting people to get a visa and secure admissions abroad.

RCIC Makes The Process Much Easier

So off we went, looking for the best agency we could locate, and we found one. It had all the features of a legal establishment. The consultant was present, they had referrals, and most importantly, they were Regulated Canadian Immigration Consultant (RCIC).

After deciding on a good agency, the next point was to determine which school I was going to attend. There were a plethora of options, but I settled on the ones where I had the best chance of getting a scholarship. I started the admissions process immediately by applying to the institutions of my choice. Naturally, I picked more than one institution. This gave me a better chance of getting an offer from one of the schools.

The remaining steps in the process of applying for school were taken care of by the agency. All I had to do was submit the completed application form, my secondary school transcript, and my IELTS results.

At this stage, many people seeking to study in Canada will be wondering about the cost. You do have to be prepared to spend quite a bit of money during the process. There are 2 main costs: The cost of a post-secondary education in Canada is moderate in comparison with to related countries,  but it is still a bit on the high side compared to Nigeria, and the cost of an RCIC, which could get high, depending on your agent and requirements.

Applying for a University in Canada

After putting in my university application, I also applied for a scholarship. The agency was able to help push this through for me so that I was offered one which covered my entire tuition. This was one of the great benefits of using an agency. Of course, my IELTS score was also good enough to get a good scholarship.

The successful completion of the next phase would require some documents which my parents had to get. One experience I will not easily forget was the day I was taken to get my Nigerian passport. There were so many people waiting to get theirs, and I couldn’t shake the tense feeling that was biting down my guts . I was quite young , so I imagined that everyone was glaring at me.

When all the other documents had been submitted, along with a completed visa form downloaded from the Canadian government site , the agency submitted my visa application to the Canadian embassy in Lagos.

Getting the Visa – A Waiting Game

But I did get the call, and the day I did was the least time expected it – on my birthday. Finally it was time to go for the interview, which was the last step before securing my student visa. I’d like to paint for you a vivid picture of how the interview went, both before, during, and after.

It was a bright morning, and at this early hour the birds were already tweeting and doing the acrobatics they’re known for across the sky. There were little clouds far off in the distance, but the forecast gave zero chance of rain. I didn’t sleep all night, so there is no need to wonder if I overslept. I did not have the nightmare of not being allowed to go to the school that had already sent me an admission letter. I got up at 5, took my bath, and started to dress up.

“You have to dress well, and look very neat,” the agency said. So I’d gotten a haircut and bought a suit and a new pair of shoes. I was looking prim and proper for the next phase of my life.

We left the house at around 6:30 and got to the embassy 30 minutes later. Since there were many people waiting, I had no choice but to wait my turn. That morning I was a bit tense, if not scared. But I made it to the visa officer without incident, which was a good thing. As I sat down on that chair, I remembered everything my father had said to me the day before. I sat up straight, looked directly at the VO – at intervals not to be rude or cocky – and answered her questions.

After our discussion she looked at my documents again, and got up at one point to verify some of my information. It was a really tense moment for me, and I cannot entirely forget the sweat I felt under my armpits and under the seat. At last, I was informed that my visa application had been…

I wouldn’t be writing this if my application hadn’t been successful. I finally got my visa back in 2007 and moved to Canada. The only thing left to tell you is that I went through my school years with a scholarship which covered my tuition, and my parents paid for my living expenses.

I’m still in Canada, since I got my permanent residency through the Provincial Nomination program. If you would also like to apply through this program, you will have to check the specific requirements for the province that interests you because they vary.

That was my Canadian visa experience, and I hope you’ve learned something from it. You can start your Canadian student visa application now, either through an agency or carefully, by yourself. I would advise you to use a RCIC. They make sure that you follow all the immigration laws strictly, avoid disqualification, and increase your chances of success. 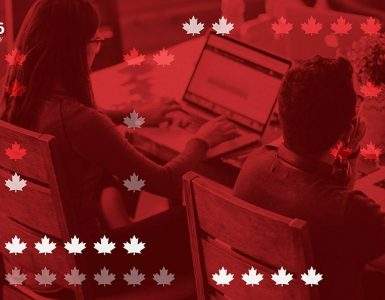 Studying in Canada is the dream of so many young people all over the world, and the reason is fairly clear. Apart from being a country that hosts some of the best institutions in the world, Canada is the one-stop... 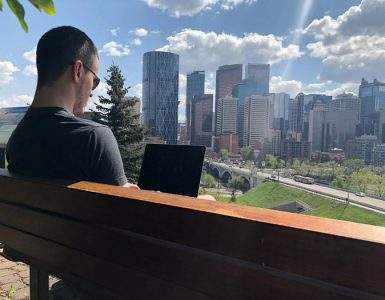 Over the years, many people have chosen and continue to choose Canada as a destination for study. Many feel that it could be a thrilling experience, both educationally and culturally. If you have decided to study in... 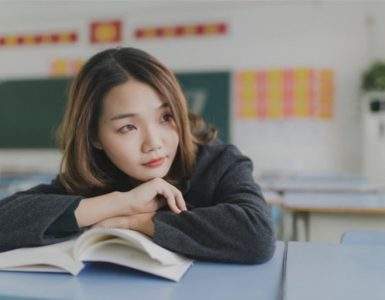 Canada is one of the first destinations that comes to mind when you think of education. This is both because of the excellent reputation the country has for accommodating foreigners, and because the nation runs one of...

Contents hide
1 Why Choosing Canada?
1.1 RCIC Makes The Process Much Easier
1.2 Applying for a University in Canada
1.3 Getting the Visa – A Waiting Game
1.4 The Visa Interview
1.5 My Personal Canadian Story – Has Just Begun