How to Immigrate to Canada from France - Your Complete Guide for 2022 - Take Care of Your Future, Today | Canada2036 Immigration & Visas
Skip to content

A lot of people all over the world consider Canada a great immigration option. Here we expand on why Canada could be a destination of choice for French citizens and how they may plan the move. 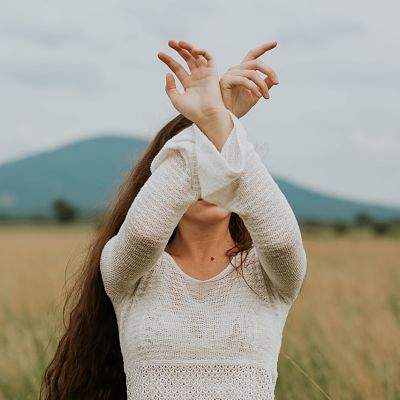 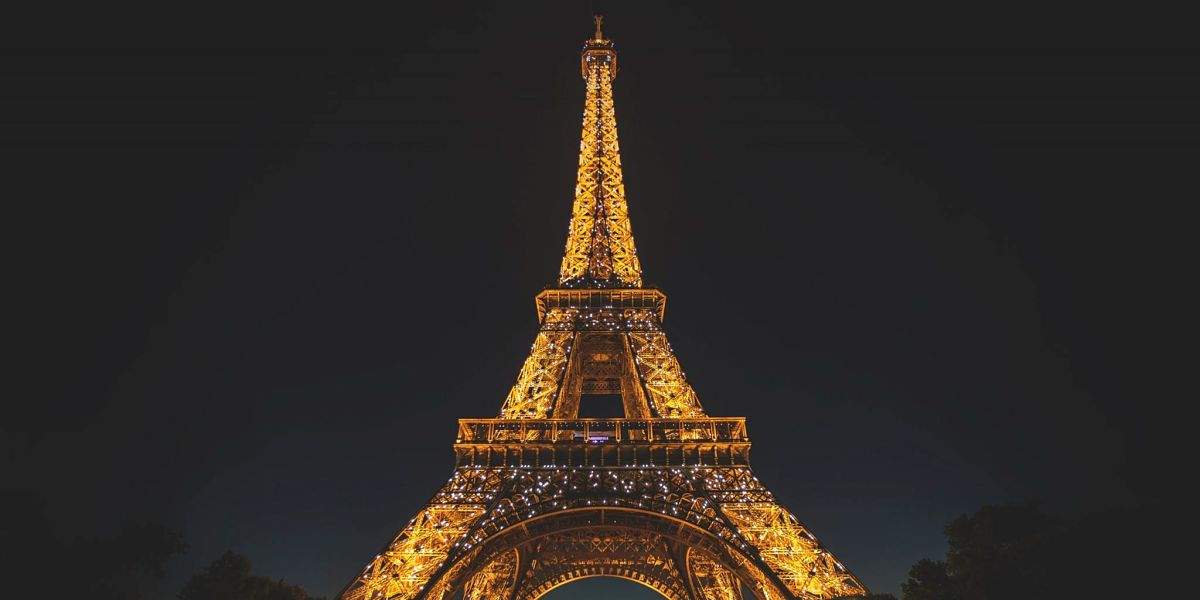 Are you a French citizen thinking of immigrating to Canada? If so, you’re not the only one.

The migration of French people began way back in the 16th century but in recent years it has grown significantly with an increasing number of French nationals heading to Canada.

Every year the country welcomes thousands of immigrants from France who feel right at home in Canada where one of the two official spoken languages is French and where the charm and flair of Europe can be found in cities like Montreal.

How to Immigrate to Canada from France

There are many ways to obtain Canadian PR for French citizens. It could be governed by your skill level and reason for moving.

Let’s have a look at some of the main programs for the most common goals.

Immigrate to Canada as a Worker / Express Entry

Do you have any skills and professional background?

If that is the case, you might want to have a closer look at the programs that are processed under the Express Entry system:

Are you Eligible For a Canadian Work Visa?

As for the Express Entry system, we tell more about how it works here.

Immigrate to Canada with Your Family

Looking to immigrate to Canada with your family?

If the answer is yes, you should know that if one of the parents or one partner has received a visa, the rest of the family can come along. That’s why as partners you may want to submit 2 applications as you never know who has better chances of receiving the visa.

Also, a student visa is easier to obtain than a working visa, and if one of the family members managed to achieve one, it can help bring the whole family to Canada.

This is the kind of creative solution a Canadian immigration consultant can help you with. That’s also why the best advice we can give you is to consult with an Immigration expert!

Do you want to “try on” Canadian life before immigration?

Then you might want to explore International Experience Canada (IEC Canada).

This program is ideal for French citizens between the ages of 18 and 30 who are looking to test the waters in Canada.

If approved for the program, applicants are permitted to live in Canada for up to two years to work, travel, and experience Canadian life.

This allows the individual to get a feel for what life in Canada would be like without making a full commitment from the start. If they can see themselves living here permanently, they can start the process of moving to Canada from France.

Immigrate to Canada as a Student

Luckily, Canada is very welcoming for those who are looking for higher education.

In Canada, you can obtain a Post-Graduate Work Permit (PGWP) following most programs of study. Your PGWP can be valid for the same duration as your study permit, up to three years.

With its reputable educational system and high-ranking universities, Canada is one of the most attractive countries for students from around the world.

To get into a Canadian university, students need to get the student visa.

We described the process of becoming a Canadian student here.

Immigrate to Canada as an Entrepreneur or Investor

Do you want to get citizenship by investing in Canada’s economy?

If so, then you may learn more about the Investor Visa.

Do you have the skills, talent, and funds to build or establish a business in Canada?

Then Start-up visa could be an option for you. You may learn more about it here.

You may also have a look at our guide that covers business immigration.

Immigration is faster and easier for those who have relatives in Canada. Possibly, you have someone you want to move your family after you immigrate.

If that is the case, Family Sponsorship options could be perfect for you.

You may learn about Family Sponsorship here.

Canada is a very attractive country to French citizens for many reasons, including:

The global financial meltdown in 2008 had a significant impact on economies around the world. Thankfully, post-recession, Canada’s economy bounced back, stronger than ever while the unemployment rate in France continued to go up year after year.

French citizens started to look at Canada as a desirable destination with better job opportunities and career development. Many French citizens who were unemployed in France, were able to quickly find jobs in Canada.

France and Canada are both first world countries and as such share many similarities, including language. This commonality helps the immigration process go a little smoother, especially when it comes to recognizing professional and educational credentials. A shared language helps potential immigrants from France gain more points on their applications as well.

Canada is recognized as having a world-class education and the number of students from France who are choosing to get a Canadian education has steadily grown and more than doubled since 2003.

Many students choose to study in Quebec because they can continue their studies in French, an added bonus is a bilateral agreement between Quebec and France which allows French citizens to pay the same tuition rates as Quebecers instead of sky-high international rates.

Unsurprisingly the majority of the immigrants who arrive from France decide to settle in Quebec, the only French-speaking province in Canada.

One of the perks for French citizens is the Quebec-France Agreement on the Mutual Recognition of Professional Qualifications. Signed in 2008, this agreement allows qualified individuals from France with training and a license to practice a regulated trade or profession in Quebec and vice versa. This agreement essentially fast tracks the credentials assessment process and allows them to work in their profession immediately upon entering Canada.

Get a job in Canada from France

Since Canada is a bilingual country, it’s very easy for a French citizen to find a job since French is a valuable asset that many employers look for in the ideal candidate.

The question is, where to start?

Since most French Nationals first land in Quebec, the province’s employment website is an excellent place to start job hunting.

The website also provides valuable search tips and other resources such as how to submit a job application, how to prepare for a job interview etc.

For job seekers looking for opportunities anywhere in Canada at all skill and educational levels, the Government of Canada Job Bank is the way to go.

It’s run by the Canadian government so there are no risks of fraud or scams. The website is free, easy to use and has thousands of job vacancies.

Don’t know where to begin?

Immigration could be challenging. But there are professionals (RCICs) who know everything about available immigration programs and how to come up with a plan that would bring you the desired permanent residency.

The trick is finding the right RCIC or agency for French residents. Canada2036 has put together a top Recommended Canadian Immigration Consultants list based on extensive research, customer testimonials, and other vetting methods.

Canada is hungry for new immigrants. The country’s economic and social growth is heavily dependent on a steady flow of immigrants.

This means your chances of finding a job in Canada and being able to immigrate to the country are excellent!

Don’t waste another moment and start your journey to Canada now.

Immigrate to Canada from France Immigration for Entrepreneurs Immigration for Graduates Immigration for Workers
Get started on the Road to Permanent Residence
Sign up to our newsletter to receive our PR Roadmap delivered straight to your inbox, along with the latest immigration news!
Share
Facebook-f Twitter Linkedin-in Pinterest-p Reddit-alien Envelope

Grace was born in Birmingham, England, and moved to Canada with her family when she was five. She graduated from the University of British Columbia in 2015 and since then she has been working as a recruitment consultant for 10+ companies. In her spare time, Grace writes about her professional experience with winning job offers for immigrants. She also shares tips about employment that could be useful for both immigrants and local job seekers.

Canadian Immigration for Nurses – Your Complete Guide for 2022

If you are a qualified nurse, know that Canada is in huge need of foriegn nurses at the moment. Looking for a career growth? Here's your chance!

IELTS is an exam used for work, education, and other purposes by newcomers to Canada. Learn how to use it to prove your English proficiency and immigrate.

In this article, we will highlight the perks of being a permanent resident, how to obtain this status and everything else you need to know before making the move, including tips and tricks on how to quickly become a Canadian citizen!

The possibilities are endless when it comes to finding study programs in Canada for international students. Keep reading to learn more about one of Canada's best universities - British Columbia University.

Many people from across the Globe consider Canada a great immigration option. Here we tell about why Canada could be a destination of choice for Australian citizens and how they may plan the move.

An Electronic Travel Authorization (eTA) is an entry requirement for foreign citizens who are exempted from visa requirements and intend to travel to Canada by air. If your eTA is valid, you can fly into Canada whenever you want to and enjoy a short stay, typically up to six months.

Immigrate to Canada as a Skilled Worker in 2022

The vast, snow-clad and enchanting territory of Yukon takes pride in its vibrant culture and natural beauty. Known as ‘larger than life’, the territory encompasses scenic mountainous backdrops and high plateaus. Yukon PNP is a program designed to make this province a home for people from around the world.