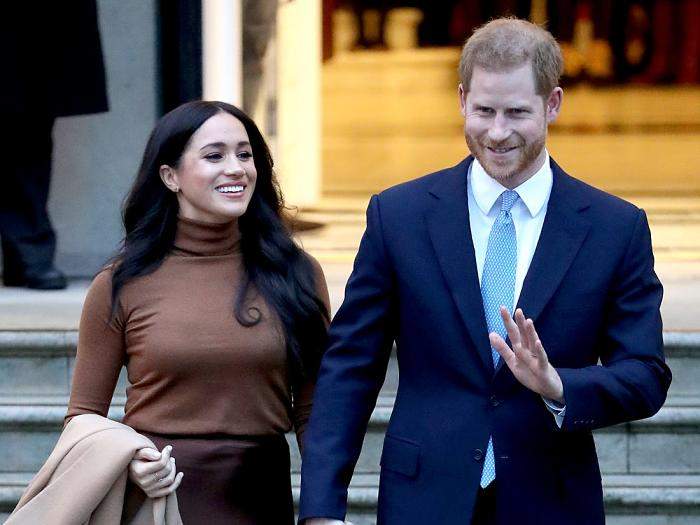 Contents hide
1 Why Canada?
2 What Next?

2020 started with a history making, bombshell of a news as Prince Harry and Meghan Markle publicly announced their intent to take a step back from royal life and royal duties. In their announcement they expressed a desire to be financially independent but continue to support the monarchy and the Queen. In their statement, they also indicated they would be splitting their time between their home in Windsor, UK and North America. More specifically, Canada.

The shocking announcement was followed by curiosity and surprise at their desire to settle in Canada, especially since Meghan is an American citizen and her other currently resides in Los Angeles. However, what many people may not know is that both the Duke and Duchesse have very strong ties to Canada and the country holds a special place in their hearts.

At various points both Harry and Meghan have expressed how much they love the beauty of the country, how friendly and welcoming Canadians are and how at home they feel here.

Prior to her engagement and marriage to Prince Harry, Meghan Markle was best known throughout the United States and Canada for her portrayal of Rachel Zane in the hit television show Suits. The show was filmed in Toronto and the city was home for Meghan for over six years. Here she formed close friendships with people like Jessica Mulroney (the daughter in law of former Canadian Prime Minister Ben Mulroney). Jessica’s children even played a prominent role during the royal wedding.

Canada holds many special memories for Prince Harry, both princes visited the country several times as children and as adults, doing things like going to Niagara Falls with their mother or taking a skiing holiday in British Columbia.

Toronto is also the city where Prince Harry and Meghan officially went ‘public’ with their relationship during the 2017 Invictus Games. The Invictus Games is a multi-sport event held internationally where wounded, injured or sick veterans can participate in a number of competitive sports such as wheelchair basketball, indoor rowing etc. Prince Harry himself served in the military and was even deployed to Afghanistan twice. After his service, he started the Invictus Games.

More recently, Prince Harry and Meghan spent six weeks together as a family in a mansion in Vancouver, away from the limelight and prying eyes of the media and the public. The time away obviously gave them lots to think about since within days of their holiday ending they announced their decision to leave royal life behind.

After some discussion and talks, Buckingham Palace stated they understand, respect and support this decision. So now with the Queen’s blessings, Harry and Meghan can start preparing for their big move. Canadians for the most part are absolutely thrilled at the idea of them moving here, Tim Hortons even offered them free coffee for life!

The question of how they will immigrate (or if they’ll even go that route) is up for debate. They may simply choose to reside in Canada as visitors or go through the process of immigration. What they decide remains to be seen.

One thing is for certain though, if a quiet, idyllic life away from public scrutiny is what they wanted, Canada is definitely that place. Like all citizens and residents, they will be treated with respect, compassion and friendliness.

Canada News Harry and Meghan in Canada
Get started on the Road to Permanent Residence
Sign up to our newsletter to receive our PR Roadmap delivered straight to your inbox, along with the latest immigration news!
Share
Facebook-f Twitter Linkedin-in Pinterest-p Reddit-alien Envelope

The child of immigrant parents, I came to Canada when I was just five years old. I used to volunteer at an immigration resource centre and now work for the Canadian Federal Government. Writing is my passion and I hope my words can provide some help to a new immigrant or someone considering a move to Canada.

Canadian Immigration for Construction Workers – Your Complete Guide for 2022

Nova Scotia is ready to welcome immigrants with its stunning scenery. Through NSNP, professionals will find the immigration process easier.

What is the Quebec Skilled Worker Program (QSWP)?

Immigrant skilled workers have been preferring Quebec as the destination for quite some time now. In the article you will find out what can qualify you to become a professional working there.

How to Improve Your CRS Score and Get to the Top of the Express Entry Pool: 6 Simple Steps

In this post we share tips to improve your CRS score and boost your chances to achieve ITA for permanent residence in Canada!

If you are a Nigerian national in need of a change of scenery, Canada has something accessible to offer. You can learn more about immigration to Canada in this article.

If you are living in Canda and dreaming of getting reunited with your family, do not hesitate! From Sponsorship Visa to Super Visa, your family is welcomed in Canada.

Canada PR Points Calculator: Are You Eligible for a Canadian Visa?

The PR calculator is a tool that is used to assess eligibility for immigration to Canada. Read on to find out how it works.

New Brunswick Provincial Nominee Program, or NBPNP, is a program designed for graduates, workers, entrepreneurs, and simply anyone who wants to become a resident of this province. Keep reading to find out how this program works.

The most common way to immigrate in Canada is the Express Entry System. All applications for immigration to Canada are processed under Canadian Experience Class programs.